All Industry Social and Toy Drive Open for Registration

All Industry Social and Toy Drive Open for Registration 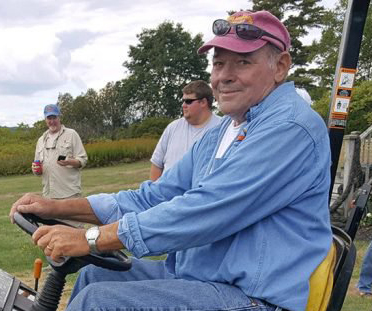 Join the design, engineering and construction industry honoring industry legend, Phil Grondin, by attending and donating to this year’s event.  Phil co-founded R.J. Grondin & Sons, an earth moving, general contracting company, with his brother Bob Grondin Jr. in 1959.  All sponsorships will be given to scholarships for Maine students attending all seven of Maine’s Community Colleges.  For the past 20 years, Phil hosted the Sturdivant Island Tuna Tournament which not only is a big-prize, blue fin tuna fishing tournament but also raises scholarship money and this year alone raised and donated a record $72,500 for scholarships!

Since its inception, R.J. Grondin & Sons has grown and currently has around 150 employees and does jobs throughout southern and central Maine.  Phil led various projects across the state, including building the foundation for the Cumberland County Civic Center, developed multiple industrial parks in southern Maine, built the approaches to the Casco Bay Bridge and building much of the Maine Turnpike widening.  Before his retirement in 2004, Phil focused on long-term strategic planning.  He was a founding member of the Maine Aggregate Association and also helped shape policy for the construction industry at the state level.

He was born the third of seven children of Robert J. Grondin and Laurence A. Giguere. He grew up on the family dairy farms, first at Twin Falls in Westbrook, then on the Grondin Farm in Gorham. His morning routine included delivering milk and then picking up some of his Cheverus classmates in the delivery truck to go to school. He attended college at St. Francis Xavier University in Nova Scotia but came home early to help in the family business. He was a United States Navy Seabee Reserve and in 1968/69 did a tour of duty in Vietnam.  He was the loving husband of Bette Grondin for 49 ½ years.  They raised four children in Gray and now live in Yarmouth. 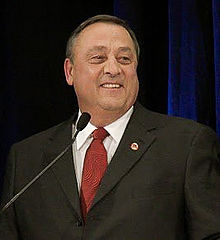 Governor Paul LePage, Maine 74th Governor, will provide a keynote address and presentation of the scholarship raised in Phil Grondin’s name by members of the construction industry.

Christmas Toy Drive
Each year we gather for some holiday cheer in December. We suggest each member bring at least one unwrapped toy to the event that will be dropped off to WGME 13 as part of their holiday toy drive. For each toy, you bring you will receive a raffle ticket and have a chance to win a gift certificate to LL Bean.

Ugly Sweater Contest
Wear your best, or worst, Christmas Sweater to the meeting, and we will pick a winner. We promise that we will not tell grandma the sweater she knit you was…let’s just say “dated.” Have fun and be ready to vote for the best/worst of the night.

[Register for the All Industry Social and Toy Drive]